Established in early 2016, Magic for Smiles (MFS) was set up to provide magic entertainment and experience for and with vulnerable children, especially but not only refugees, in Lebanon and in due course the region. It is run by Jamie Balfour-Paul using the stage name Jamie Jibberish due to extensive use of nonsense or magic language. Regular blog updates have been available but this is the first newsletter.

Jamie has worked to date with over 45 organisations performing across Lebanon in well over 100 shows. The initiative relies on fees where possible from large organisations, crowdfunding, subsidies drawn from private shows or public events, but is otherwise self- funded. It promotes the potential impact of magic over and above entertainment. 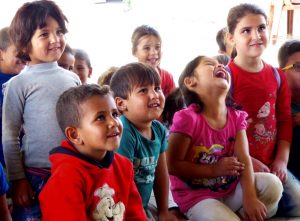 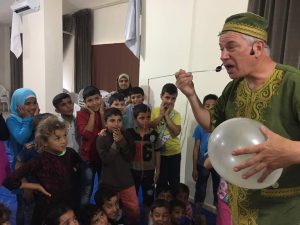 In the recent quarter since May 2017, Jamie has conducted 25 shows with a break in July in the UK (including attending the Edinburgh magic festival, and doing some shows). The period included the run up to and the month of Ramadan, a full week marked by World Refugee Day, and summer festivals.

Examples of the shows are as follows:

Magic tuition work has been possible but limited during this period, such is the number of kids with a preference expressed by organisations for touching the many rather than focus on a few trainees. 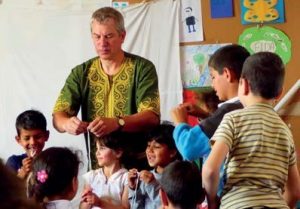 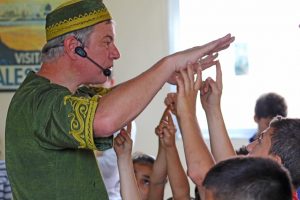 Al Arabiya Al Jadeed expressed great and immediate interest and provided coverage of the Makhzoumi shows in English and Arabic including an interview with Jamie (note an oversight – MFS has not yet started working in Jordan and not all shows are free as stated). 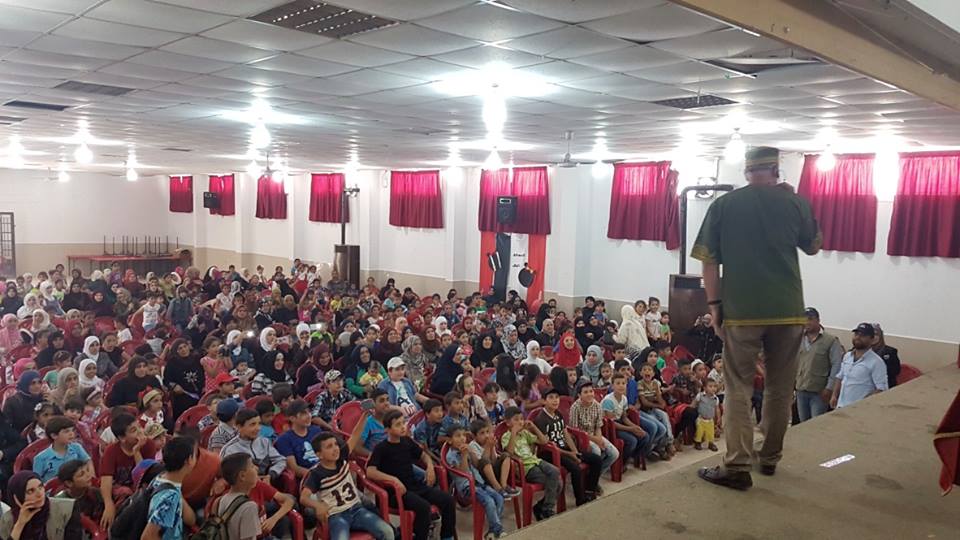 Sincere thanks to all for any support and interest in Magic for Smiles to date. And incase convenient, here is the crowdfunding link – still open for business!