I have now reached 20% of my crowd-funding target I am so very grateful to previous and recent contributors – however these are now irregular which means that any future updates depend on contributions made.

In the period since May 5 to the early July (after which I took went to the Edinburgh magic convention and took leave), I have conducted over twenty shows. This was focused on the run up to and the month of Ramadan, and followed by a full week marked by World Refugee Day.

Further shows were delivered in several Palestinian camps under the auspices of Beit Atfaal el Summoud – in Shatilla, and camps in Tyre. Shows were also carried out in the grossly under resourced settlements in Akaar with Mishwar Amal and Relief and Reconciliation for Syria. As well as other schools in Lebanon Ramadan was marked by shows for street kids with Makhzoumi Foundation in the specially created Ramadan village in Beirut. For World Refugee Week I did shows with International Medical Corps, and Secours Islamique Francais in five areas around the country. Tuition work has not proved possible of late, such is the number of kids with a preference expressed by organisations for touching the many rather than focus on a few trainees. 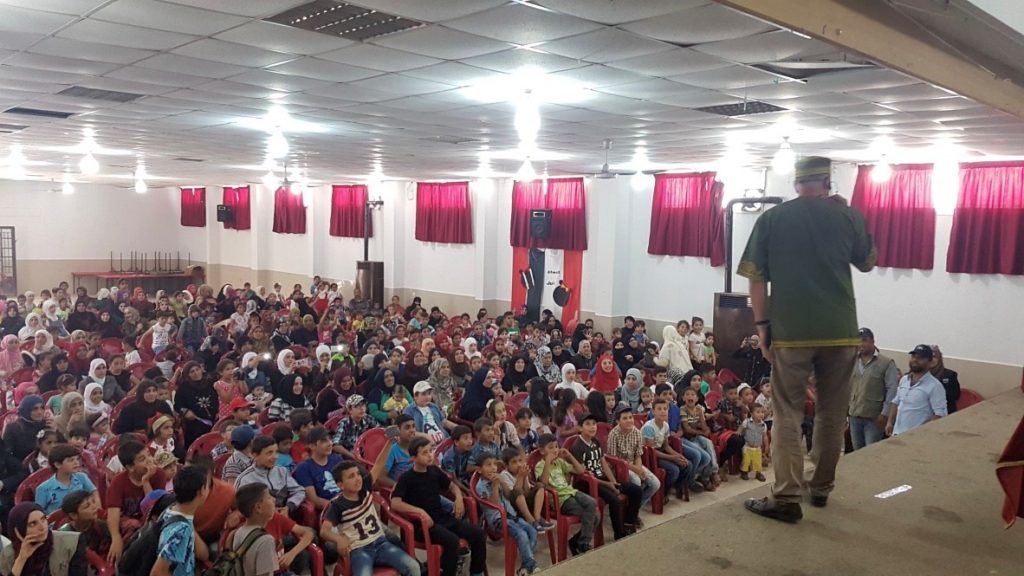 I am expecting to do a mission to Jordan in August working with vulnerable refugee and local children. I am also on standby for a mission to Iraq based on the previous mission made in April – the focus on Mosul has been a distraction to many and busy organisations. At the end of August, I will be joining the Yellow Days festival in Leros, Greece with Syrian refugees. 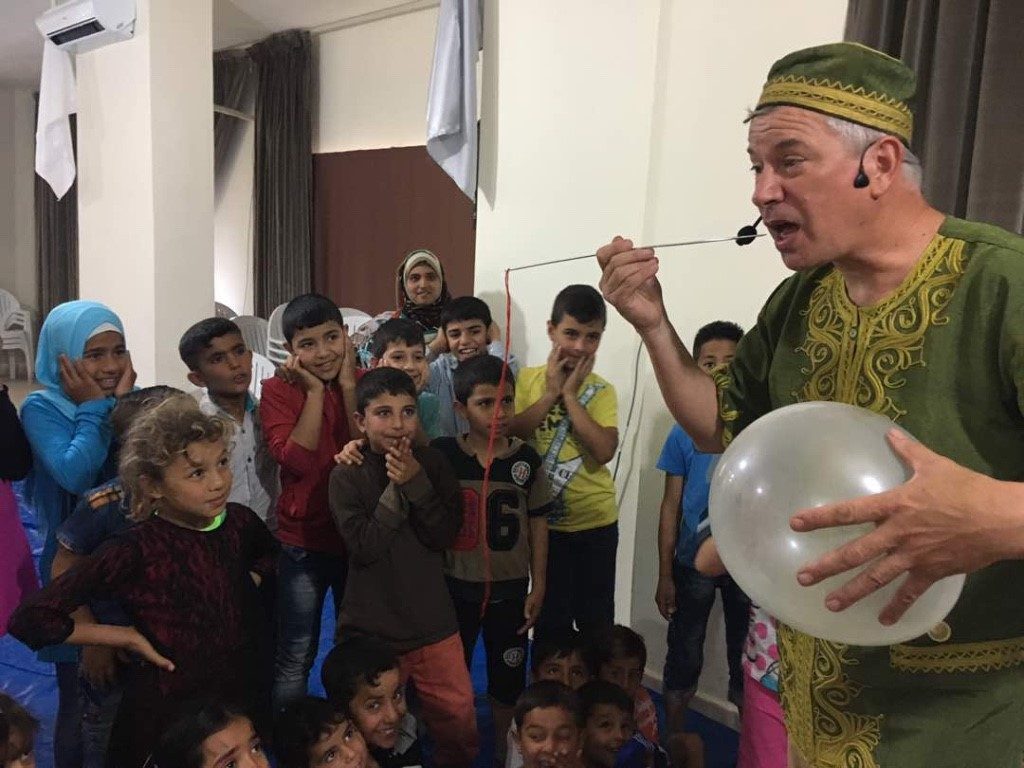 Marketing is characterised by two campaigns on both humanitarian and private shows – through hashtags #comingtogether and #happysurprises respectively. Social media needs to be more targeted to generate bookings which are all the result of bilateral outreach. The research element looking at the impact of magic within psychosocial support has been ongoing, but the formal engagement of an academic institution has been put on hold for bureaucratic reasons. 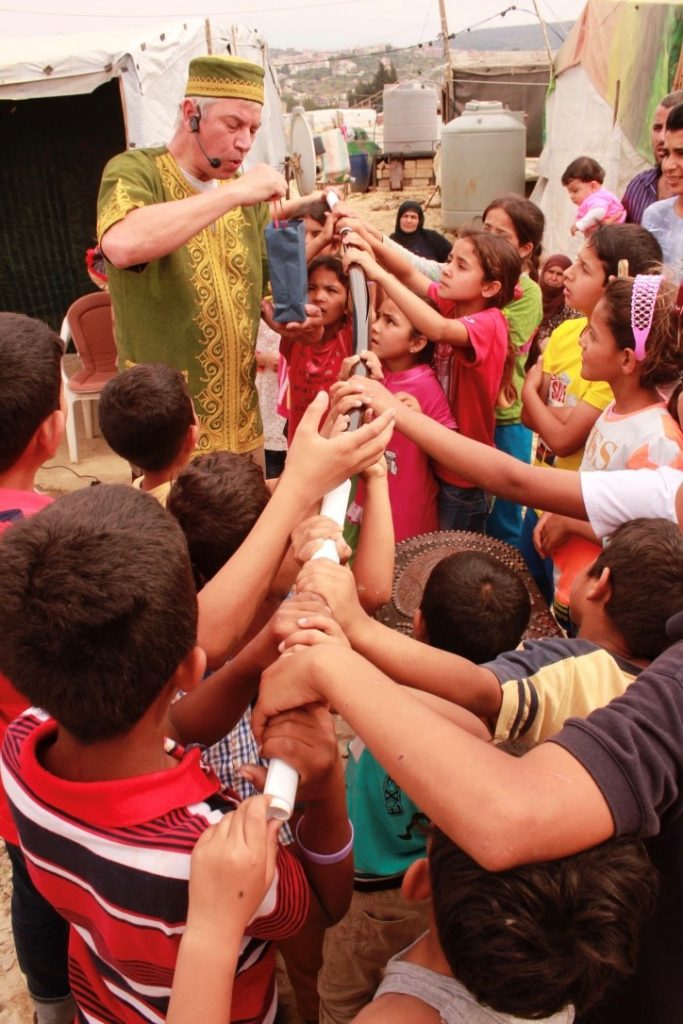 Al Arabiya Al Jadeed expressed great and immediate interest and did the following coverage of the Makhzoumi shows in Arabic and English (a few bits not quite right) including an interview with myself.

And in case convenient, the crowdfund link is below – still open for business!
https://www.gofundme.com/humanitarian-magic. 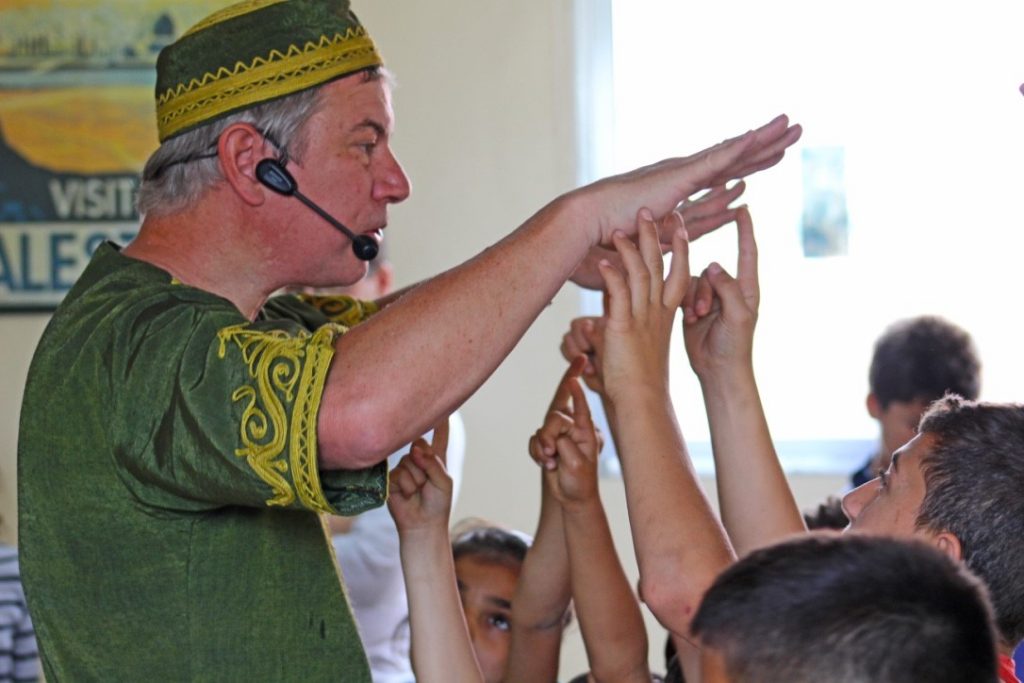 Many thanks and bye for now